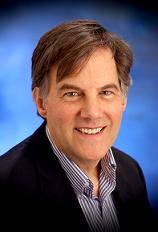 This website provides a ready and easy way to keep in touch with a wide and growing number of friends and colleagues. Having lived most of my life in the UK, with preaching forays into Europe, Australia and North America, since 2000 I now have a whole new sphere of ministry in the USA. Every time I visit a new situation, college, seminary, ministers’ conference, preaching conference, state or national gathering, I am thrilled not just by many fresh contacts but the desire expressed by some people who want to stay in touch with me on my preaching journey. In loose but valuable ways I sense a growing band of pilgrims who are traveling with me. 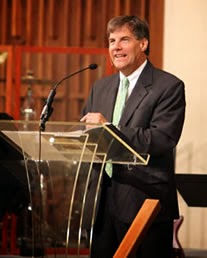 Formerly he was Principal of Spurgeon’s College London (1993-2000), the largest Baptist seminary in Europe.

Educated at both Cambridge and Oxford Universities, he spent 21 years in Baptist pastoral ministry in Blackburn Lancashire (1972-1980) and at the historic city centre church at St. Andrew’s Street, Cambridge (1980-1993). While at Cambridge, morning congregations grew from 70 to over 500. The vision of the church involved the development of a mission centre, open seven days a week, through which 4000 people passed weekly. He was also Baptist chaplain to the University. His reputation as a Christian communicator grew as he appeared on television and radio, and spoke at conferences, conventions and assemblies throughout Britain, Australia, Canada and USA. In 1993, he was appointed Principal of Spurgeon's College (tenth in line to Charles Haddon Spurgeon himself).  This college, founded in 1856, is the largest Baptist seminary in Europe and has sent out Christian leaders to all parts of the world. 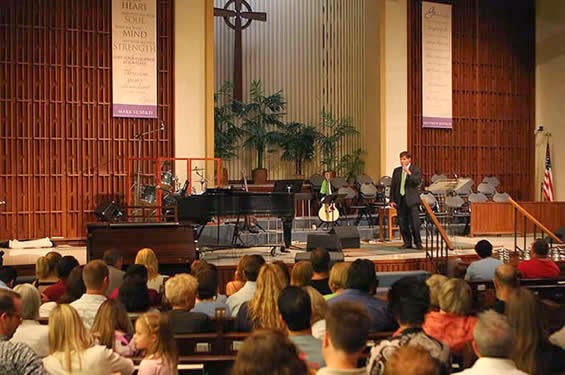 Then, in 2000, he was chosen for a newly endowed chair in preaching at Northern Seminary as C.W. Koller Professor of Preaching and Communication. Since arriving in the US Michael Quicke has thrown himself into his vision ‘to help inspire a new generation of preachers who will set our churches on fire.’ At Northern Seminary he has designed several masters courses in preaching and communication, as well as new courses for the Northern Doctor of Ministry program. He undertook a twenty month interim preaching ministry at First Baptist Church Wheaton (2000-2002), has preached often at local churches and spoken at many conferences across the US and beyond. His lectures in several different university and seminary settings have been well received across North America. His writing has significantly widened his ministry, especially his award-winning book 360 degree preaching which is used as a teaching text in seminaries in US, Canada, Britain and Australia. In 2006 he published 360degree leadershipwhich has been hailed as an original contribution to leadership literature.  Most recently, in 2011, he has published Preaching as Worship which challenges the contemporary evangelical church to engage with big-picture worship.

Married for over 40 years to Carol who has demonstrated pastoral skill and incredible loyalty throughout. At present she is involved in palliative care visitation at Central DuPage Hospital as well as other volunteer responsibilities. There are two married sons. Simon, married to Dara, lives in London where he is a newspaper editor; they have two children, Luca (b. 2002) and Anton (b. 2004). Rob, married to Lori, lives in New Jersey, USA and they have two children, Elliot Michael (b.2006) and Sophie Grace (b.2008). He is Associate Professor of Communication at William Paterson University and Lori is a freelance editor. So, media runs thickly through family genes. 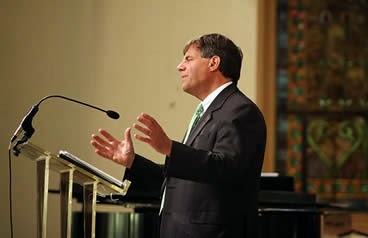 Forgive me for contacting you via your blog, however both my mother and I would love to make contact with you again. I was so overpowered by the marvelous address you gave at my uncle's, David Ridgeon, funeral.

Would it be possible if you could send me your email address and contact details? My mother is still living in Bournemouth and I am in Beijing. I look forward to hearing from you at your earliest.